When you think about your dream job, almost anything might cross your mind.

You might want to be a doctor, a teacher, or an actor on the big screen. In today’s job market, getting any kind of employment can prove difficult, given the uncertain times, lack of part-time positions and hundreds of applicants for every available spot.

If you're of Native American descent, there are workplace resources geared just for you to get a great job. This guide will help you find out how to research, access and utilize those resources or learn more about the culture and history of native people.

Resources for Working with Native Americans

What is a Native American?

What Does It Mean to be Native American?

What is the Definition of a True Native American?

This question and answer piece from the website indigenouspeoples.net discusses the deep history and culture of the Native American people. To the author, being a Native American is far more than attending powwows, dressing in a certain style or celebrating a person’s life in a ceremonial way.

It's an insightful example into the life of Native Americans today.

At Evergreen State College in Olympia, WA, members of the Geography and Native Studies department there have established guidelines for working with native populations in their communities.

This guide, written by Zoltan Grossman, outlines some respectful ways to act and discusses how to talk to and about Native American people.

Dr. Winona F. Simms has done lengthy research about working with the Native American community. A video is presented here, but the excerpt outlines some ways to work with Native American groups.

Some tips include recognizing the inherent history of oppression, and how to develop a bond of trust between yourself and your client.

One way they accomplished this was a survey of local Native American people at the Flathead Indian Reservation in Pablo, Montana.

The American Indian Religious Freedom Act, or AIRFA, is United States legislation that was created to preserve and protect traditional religious rights and cultural practices of people in the following groups: American Indians, Eskimos, Aleuts and native Hawaiians. The law ensures that Native people have access to sacred sights and the freedom to practice their religions.

The Indian Arts and Crafts Act of 1990

The Indian Arts and Crafts Act is United States legislation whose purpose is to stop misrepresentation in the sale and production of Native American goods and arts. The law makes it illegal to state that a product, such as jewelry or pottery, was made by a Native American or a certain Native American tribe.

U.S. Department of the Interior Bureau of Indian Affairs

Here is the home of Native American legislation and legal questions in the United States. The Bureau of Indian Affairs, founded in 1824, works to maintain the relationship between the U.S. government and Native Indian and Alaskan tribes.

The bureau also works to improve the quality of life for native people and enhance economic opportunities for them.

Find answers to your questions about proving your native heritage at the Association on American Indian Affairs frequently asked questions website.

Here, you’ll find information on obtaining a Certificate of Indian Blood, or CIB, how to determine ancestry as well as information on scholarships and health resources for native people.

The USA.gov Tribes website has a host of resources for native people, including cultural, legal and housing resources.

Here, you’ll see a list of examples of and strategies for protecting the rights of Native Americans that can carry over into the workplace.

In this piece from Wabanaki Legal News, examples of native discrimination, such as being to made wait longer at a store or being passed over for a job are discussed.

Do Native Americans Face Discrimination in the Labor Market?

There is a high number of unemployed native people, and a large native-white employment gap, according to researcher Algernon Austin.

In this article, Algernon explains why this is happening and how to help this situation.

If you are of Native American or Alaskan descent, you may be eligible for Indian preference when working a job in the federal government. This website explains how to determine that and what Indian Preference entails.

Should I Mention My Minority Status?

Mentioning one’s native heritage in a job interview or on a resume is a personal decision. This question-and-answer piece helps one person answer that question, and offers tips for others in the same situation.

At the National Congress of American Indians or NCAI job board, you will find job listings by employers who are American Indian, native Hawaiian or native Alaskan; or employers specifically looking to hire native applicants.

Jobs posted must meet one of the following criteria: a significant amount of interaction with a tribal community or a specific skill, such as fluency in a native language or knowledge of native laws.

Bureau of Indian Affairs Job Board

When looking for a job at the Bureau of Indian Affairs, prospective applicants can search for jobs at the bureau itself, in American Indian education or search for jobs looking to hire native American or Alaskan veterans.

At the Partnership with Native Americans, or PWNA, you can find a job that directly benefits the lives of native people.

Jobs at PWNA work to support people on particularly remote, isolated and impoverished reservations throughout the United States. Job seekers can search for a position by job title, category or location.

The Native American jobs board has featured employers that have positions for native people. Prospective employees can search for positions by keyword or location.

When looking at the Indian Health Services job board, you might be overwhelmed by all of the different opportunities on their interactive United States map. Job seekers can search for options by job title or location.

In this forum, native people can discuss job postings, interview skills and share resume tips with one another.

This social media site provides a place for Native American cadets of the West Point Military Academy to connect and share their experiences with one another.

Interview with a Native American Tribe

In this forum, a prospective employee seeks information and resources for going on a job interview with native people.

This Facebook group allows native people to share their concerns and local news stories with each other.

Proud to be a Native

This Facebook groups shares history and culture of different native people in the United States through videos and pictures.

This blog from Adrienne Keene, a Cherokee tribe member and Harvard University graduate, shares and critiques representations of native people in popular culture.

Red Man Laughing is the website of comedian Ryan McMahon, who is a member of the Ojibway and Metis tribes. His website and podcast include comedy, sketches, interviews and music from native people. 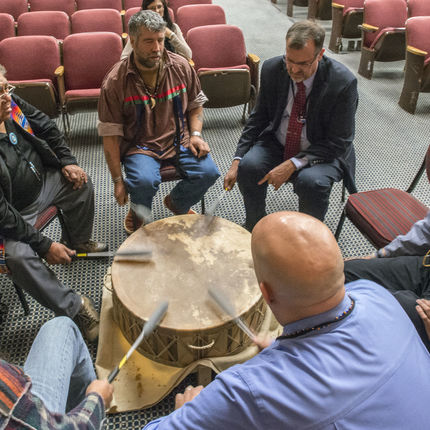 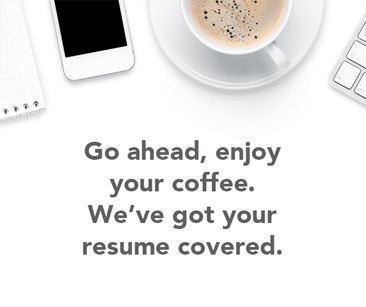